These recitals celebrate youth, abundance, and beauty in music.  You will hear two violin and piano sonatas, written by a 28-year-old Beethoven and a young 23-year-old Grieg.  There will also be some real crowd pleasers: Wieniawski's Mazurkas as well as the String&Ivory Sessions duo renditions of 'Czardas', 'Por Una Cabeza' and 'Libertango'. 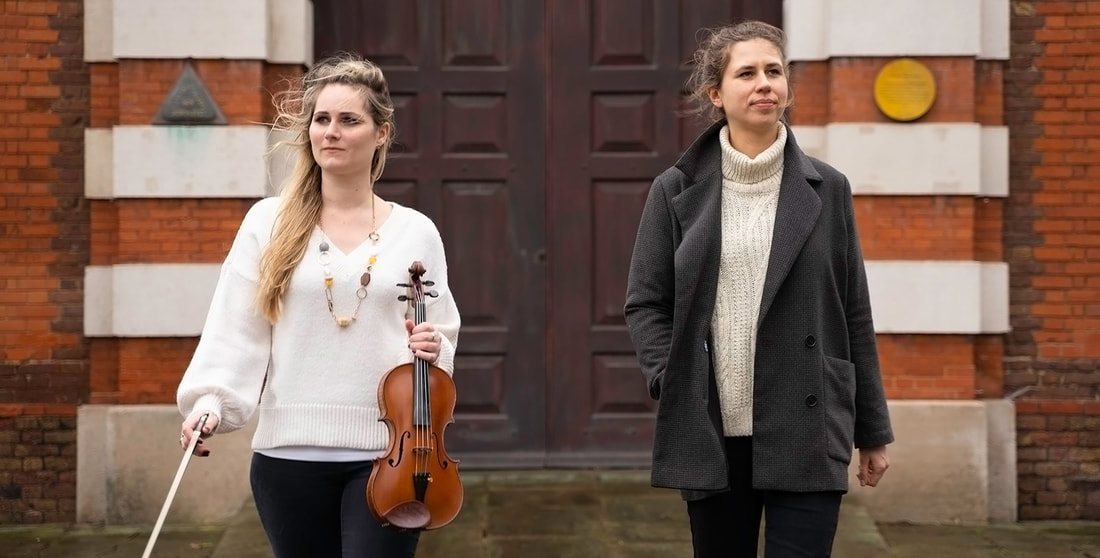 Rosalind Wilks grew up in Leicestershire and went to both Oakham and Uppingham Schools in Rutland, having been awarded full music scholarships at both.  She went on to study violin with Gillian Findlay at Trinity College of Music, ending the course in 2009 when she then went on to study her Master’s in Piano Accompaniment at the Royal Academy of Music with Andrew West.

She plays violin and viola regularly with various ensembles and bands such as Abraxas Ensemble, Sensation Band and the Lady Godivas for private functions and events.  She has played in orchestras and ensembles all over the world, touring China, Vietnam, Malaysia and Singapore along with places closer to home such as Italy and France.  Artists that she has worked with over the years have included Damon Albarn and Gorrilaz, Sparks, Jimmy Somerville and Stormzy.  She deputised on keys in the musical Jersey Boys in the West End for eight years until the show closed.

After her studies, Agne moved to London, where she started working as a session musician, as well as performing as a classical and jazz pianist for private events.

Less than two years ago, Ros and Agne met in Woolwich where they both live.  Joined by a love of chamber music, Ros and Agne have combined their signature styles to create an exuberant duo.  An excellent example of this, with lots of improvised material on the go, would be the 'Czardas' and the two tangos you are going to hear in the programme.  Enjoy!