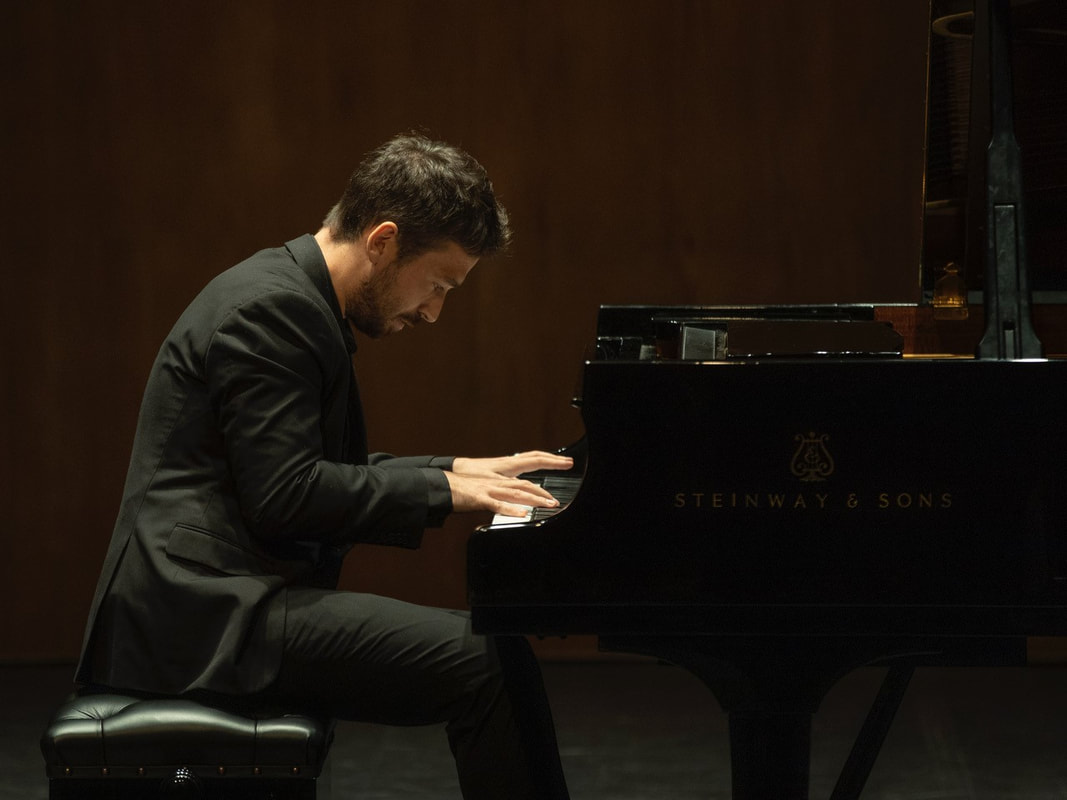 The Italian pianist Simone Alessandro Tavoni has given recitals internationally, including in the United States, United Kingdom, Denmark, Hungary, France, Spain, Malta, Estonia, Greece and across Italy.  He was awarded a place on the BBC Pathway scheme during the 2015/2016 academic year and through this, he had the opportunity to rehearse and perform as an orchestral pianist with the BBC Symphony Orchestra, and some of these performances have been played by BBC Radio 3.

In 2019 Simone was selected as a Parklane Group Artist, as Keyboard Charitable Trust Artist and received the Luciano and Giancarla Berti full-ride scholarship to attend the Aspen Music Festival and School studying with renowned Professor Fabio Bidini.

After graduating from the Giacomo Puccini Conservatoire in La Spezia, Liguria (Italy) when he was 18, where he studied the piano under Marco Podestà, he then moved to Florence to study at the Luigi Cherubini Conservatoire, continuing piano studies with Giuseppe Fricelli, and studying composition with Rosario Mirigliano.

Winner also of numerous national competitions in Italy, he had also the opportunity to participate in an exchange programme in Budapest on a full scholarship at the Franz Liszt Academy studying with Professors Kesckes Balazs and Rita Wagner.

In 2014, he moved to London to study on the Master of Performance programme at the Royal College of Music with Professor Andrew Ball.  After winning a second exchange bursary in Autumn 2015, he pursued his studies for one term at the State University of Music and Performing Arts in Stuttgart, Germany with Dr. Peter Nagy.  He has received also masterclasses by Dmitri Bashkirov, Fabio Bidini, Aldo Ciccolini, Zoltan Kocsis, Antonio Pompa Baldi and Malcolm Bilson.

During the 2018/2019 academic year he obtained an Advanced Diploma course at Trinity Laban Conservatoire with professors Deniz Gelenbe and Peter Tuite majorly supported by a scholarship and selected as a Alfred Kitchin and Trinity College London Scholar.

Simone has been generously supported and featured as a performer numerous times for the Talent Unlimited organisation.  He is also a trustee of the Kensington and Chelsea Music Society and Artist Director of Paisajes Piano Festival in Spain.