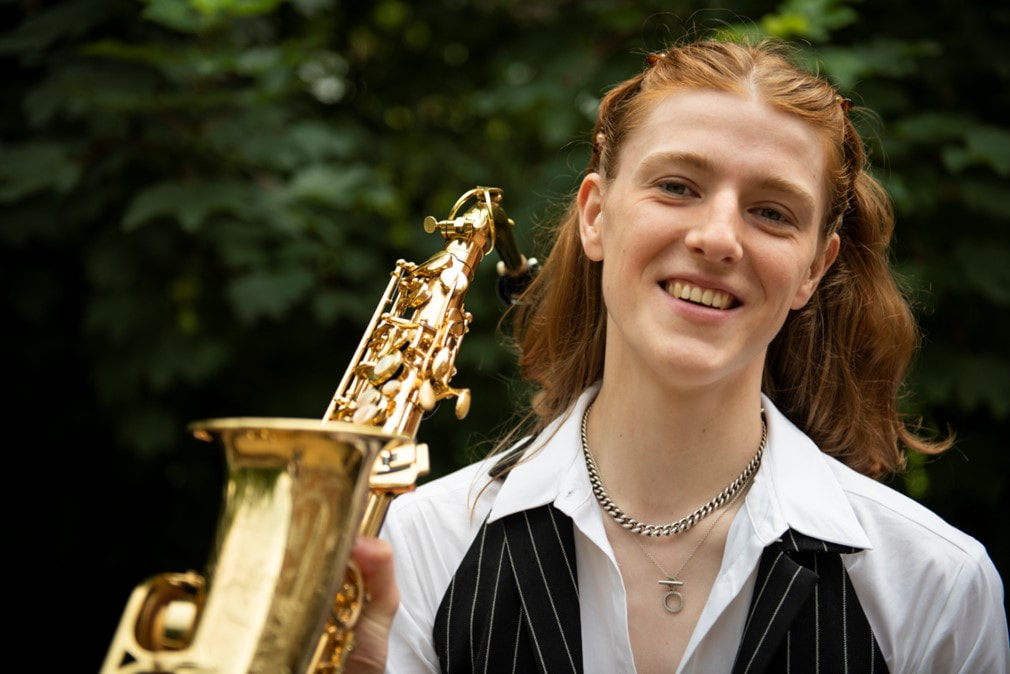 Sophia Elger is a British saxophonist whose performances have been described as “captivating, exciting, and engaging” (Richard Ingham).  She is currently studying her Master’s degree with professor Kyle Horch at the Royal College of Music where she is a Leverhulme Arts Scholar, an Ian Fleming Award holder, and the recipient of the Biddy Baxter and John Hosier Trust Award 2021.

Sophia is a committed soloist and ensemble player.  In addition, she has developed an interest in initiating and directing collaborative projects incorporating other creative disciplines.

Sophia has been selected as a Young Artist of the Musicians’ Company, Hattori Foundation, DEBUT Horizon Project, and Talent Unlimited. She has performed extensively as a soloist at venues including St Martin-in-the-Fields, the Victoria and Albert Museum, Brunel Museum, the 1901 Arts Club, and The Lighthouse Concert Hall in Poole (where she performed Alexander Glazunov’s Saxophone Concerto). Last year, she performed Jacques Ibert’s Concertino da Camera with the RCM Orchestra in the Amaryllis Fleming Concert Hall.

As a chamber musician, Sophia has performed in several mixed ensembles and in 2020, her saxophone quartet was awarded First Prize in the RCM Woodwind Ensemble Competition.  She has commissioned several chamber pieces that include the saxophone and has participated in the premieres of other new works in Denmark, France, and the UK.  She performed in the Arts by the Sea Festival, in Bournemouth, and in both the Goodwood Festival of Speed and the Goodwood Revival.

As well as being a musician, Sophia has a deep interest in the visual arts.  During the lockdown, she developed an interest in directing projects that combine music with the visual arts.  She was asked to participate in the inaugural concert of Nuova Concerts, an online platform, at which she performed Five Figures.  This was a collaborative project of her own conception, involving the commissioning of five composers to write a short solo saxophone piece based on five paintings that she had produced. 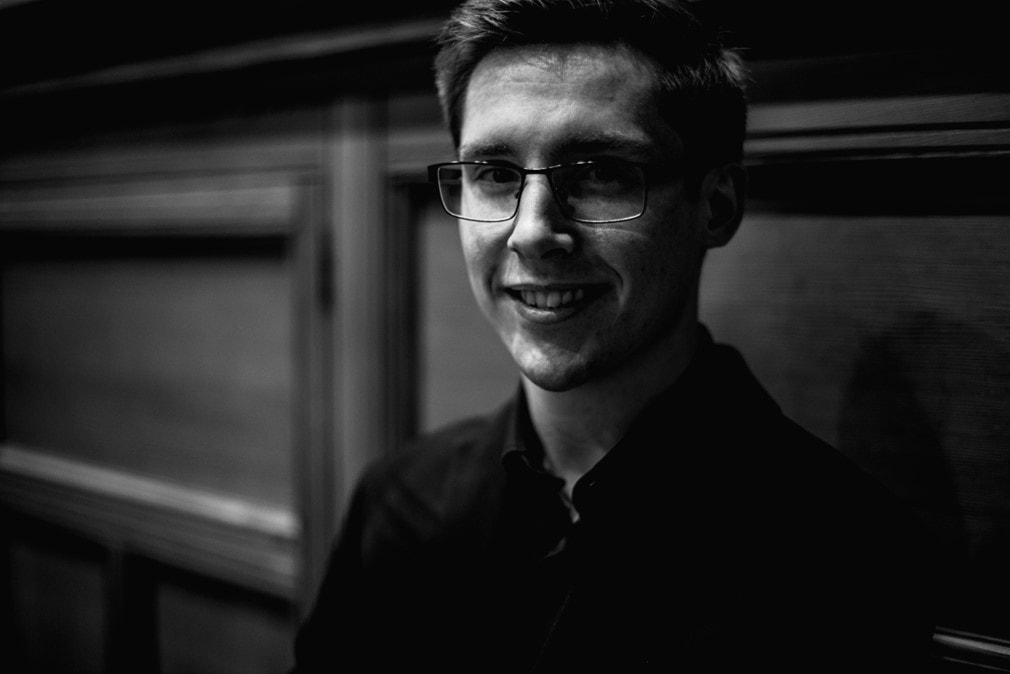 Iain, 25, is originally from the Isle of Arran in Scotland.  He has just completed his studies on the Artist Diploma course at the Royal College of Music in London specialising in collaborative piano where he was studying with Simon Lepper, Nigel Clayton, Kathron
Sturrock, and Danny Driver.  He gained a Distinction in his Master of Performance in 2021 from the Royal College of Music (studying with Danny Driver) and his Bachelor’s degree in 2019 from the Royal Conservatoire of Scotland with First Class Honours (where he studied with Jonathan Plowright and Heather Slade-Lipkin).

Iain made his concerto debut aged 16, playing Liszt’s Concerto No.1 with the Junior RCS Symphony Orchestra, and he made his international solo recital debut in July 2019 at Kaunas Piano Fest in Lithuania.  In 2015, Iain won first prize in the UK and Ireland final of the Rotary Young Musician Competition and was awarded three top prizes during his time at RCS, including 1st prize in their Chamber Music Competition.

He has performed extensively across the UK at venues such as Barbican Hall, Wigmore Hall, Usher Hall, and Glasgow City Halls – including with the BBC Symphony Orchestra on Celesta.  Recent highlights include recital performances at Bloomsbury Festival, Cromer Music Evenings, and Barnes Music Society with repertoire including Rachmaninoff’s Cello and Piano Sonata and Strauss’s Violin Sonata.  Recent orchestral highlights include the original Williams Harry Potter score with the RCM Philharmonic and Ben Palmer, Hindemith’s Kammermusik No.1, and Jonathan Dove’s opera Flight.  In July 2022, he performed in Austria with the Grafenegg Orchestral Academy, and from September will be returning to the RCM as their Collaborative Piano Fellow for the Wind, Brass and Percussion departments.