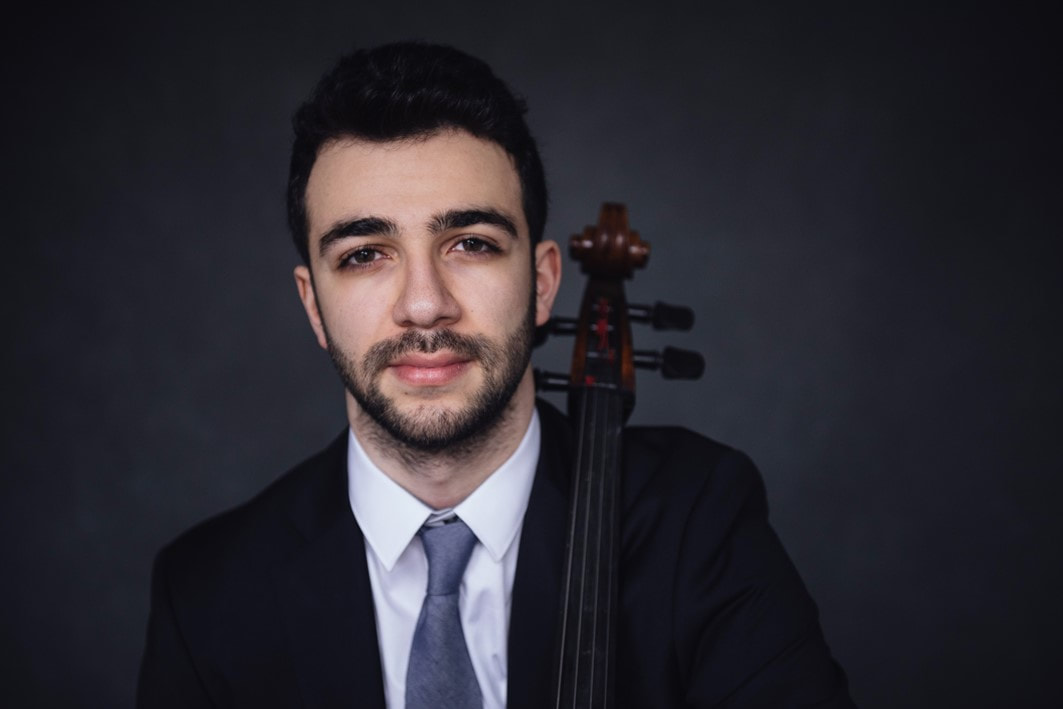 Edvard Pogossian (cello) is a second year master’s student at Royal College of Music with Richard Lester.  He is studying at the RCM as an Amaryllis Fleming Foundation Scholar.  He is also in his second year studying as Artist in Residence at the Queen Elisabeth Music Chapel with Gary Hoffman.  Next year he is doing an Advanced Diploma at Royal Academy of Music and will be recording an album through Linn Records.  He is a graduate of the Juilliard School studying with Natasha Brofsky.  As the recent winner of the Juilliard Concerto Competition, Edvard performed the Tchaikovsky Rococo Variations at David Geffen Hall in New York and at the Harris Theater in Chicago with the Juilliard Orchestra under the direction of Itzhak Perlman.  The Chicago Tribune praised Edvard’s performance for his “astonishing musical and technical maturity,” as well as his “winning lightness of touch to everything he played, combined with a velvety tone.”

In the summer of 2016 he performed the Rococo Variations with the Boston Pops in Symphony Hall on the annual “Armenian Night at the Pops” concert.  He was also the winner of the inaugural Los Angeles Philharmonic Young Artists Competition, giving him the honour to play the Saint-Saens Cello Concerto with the Hollywood Bowl Orchestra in Walt Disney Hall.

Edvard’s other notable performances include appearances at Carnegie Hall, Zipper Hall, and on NPR’s From the Top radio show.  He has also performed as a soloist with the New Mexico Philharmonic for their Protege Series.  Edvard is a long time participant of the Apple Hill Chamber Music Festival in New Hampshire, and has also attended Yellow Barn, Perlman Music Program’s Chamber Music Workshop, Kneisel Hall, and most recently the Marlboro Festival, where he will be through 2023.

He has studied in Los Angeles with Paul Cohen and Rick Mooney, and later spent two years studying with Ronald Leonard at the Colburn Young Artists Academy.

​Dedicated to chamber music, Edvard is a founding member of the Zelda Piano Quartet, a group formerly a part of the Juilliard Honors Chamber Music Program.  He represented the Juilliard School at various high profile occasions, including a performance for the First Lady of China, and was also invited to a residency in Sao Paulo, performing and coaching kids enrolled in the Guri music program.  He also served as solo-principal cello on the joint Juilliard/Sibelius Academy tour in 2017, conducted by Esa-Pekka Salonen.  Edvard was a proud recipient of a Kovner Fellowship through his four years at the Juilliard School.