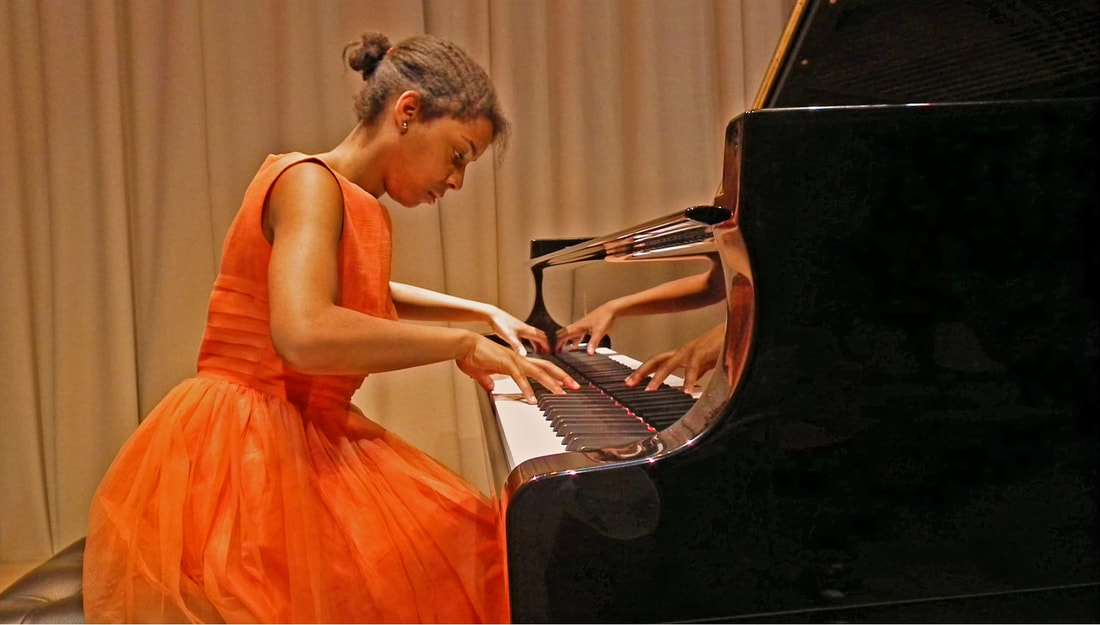 Psalmus was composed by Beatrice during the current pandemic crisis.  Knitted into her piece is an ancient plainsong, commonly sung by parishioners in the Middle Ages as an introduction to Psalm 81.  Psalmus explores the mystery of worship that, even in the midst of uncertain times, looking up to God will give us strength.

Tchaikovsky’s Piano Concerto No.3 is a lesser known work, often lying unknown next to its famous predecessors Concertos No.1 and 2.  Beatrice made an arrangement of Concerto No.3 when the Royal Ballet School needed a solo piano arrangement in 2014 for choreography.  She has since revised her arrangement for concert hall performance.  This one movement concerto is an impressive concert piece of broad symphonic themes, sparkling pianism and a dazzling cadenza.

Beatrice Nicholas is a captivating pianist whose performances are full of imagination, freedom and beauty.  She plays repertoire ranging from Bach to the present day and has performed in the UK's leading venues.  Her music engagements take her around the UK, Germany, Poland, Thailand and the Czech Republic.  Notable venues have included the Royal Festival Hall, Royal Opera House, London Coliseum, Berlin Konzerthaus, Sadler's Wells Theatre, Leeds Town Hall and Snape Maltings.

Beatrice is also a composer and arranger.  She has received commissions from the Creative Minds Festival, Nottingham Chamber Music Festival and has had works and arrangements performed at Victoria & Bagnall Hall, London Contemporary Dance School, Royal Academy of Music, St Mary’s in the Lace Nottingham, and Otford Church.